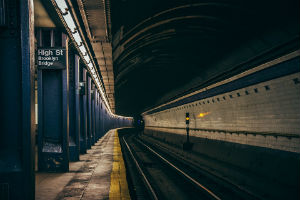 Officials identified the victim as 21-year-old Helen McDonald-Phalon. Additionally, Helen was an aspiring actress. She moved to New York from South Carolina to pursue her dream.

Specifically, the incident occurred at the Union Square subway station at around 3 a.m. The moving train pulled Helen under while she waited for a downtown 6 train on the platform.

It is currently unclear how she got trapped between the moving car and the platform.

The New York Police Department reported that they found the victim unresponsive and unconscious on the train tracks. Then, emergency medical services responded quickly at the scene. Unfortunately, they were unable to save the victim. They pronounced her dead at the scene.

The NYPD believes a part of her clothing or a body part got caught on the moving train.

The victim’s mother, Ann McDonald-Phalon, said, “She was an amazing, beautiful light, and I’m devastated.”

The victim worked at ThinkGeek. The retail store posted about her death on Sunday on Facebook. The post reads in part, “She was an amazing person to work with and simply a good-hearted individual. We have set up a GoFundMe in her name to support her family in this dark time.”

A spokesperson for the Metropolitan Transportation Authority said, “This is a horrible and very uncommon incident, and it is under investigation by both the MTA and NYPD.”

However, a subway train dragged a 39-year-old man to his death in February. Officials urge subway passengers to always use caution while waiting for and boarding trains.