80's Muscle Cars: We Want Them Back 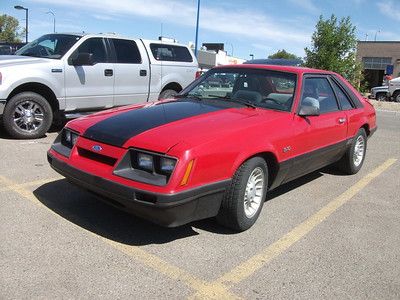 The 80’s muscle car scene was a bit of a lull. With oil exports taking a hit, the automotive industry-focussed away from gas-heavy vehicles into lower emissions rated, fuel-efficient cars. Still, there were auto manufacturers who held onto the idea of a resurgence. They were right. Unfortunately, they had to survive the 80’s.

I didn’t grow up in the ’80s, in fact, I was the tail end of 1989. My only impression of the ’80s is my uncle, cracking a frosty Budweiser and telling me about how he would blast Pat Benatar from his ’83 Buick Regal. “Have you ever listened to the ’80s?” he would ask…literally every time I came over. To which I would respond “Yes, I am aware of the cultural impact of Van Halen.” he would then proceed to show me his playlist of Ultimate 80’s songs that he had been playing since before I was born. Some say he’s still playing it today. The music and the cars were cool…for their time.

“Cool,” I say as someone shows me their ’86 Mustang Foxbody. That’s really all I can say. But to the owner, he thinks he has the badest wagon this side of a Whitesnake record. I can imagine what it must have been like at that time, to own the latest and coolest car. Too bad their hay-day was the 80’s.

All Jokes Aside, the ’80s Had Some Cool Cars

The ’80s weren’t necessarily the time for American Muscle anymore. With shows like Miami Vice touting high-end European sports cars like Ferrari and Lamborghini, the focus went by the way-side. Fortunately, enough there were a couple of cars that stood out. The Buick GNX, for instance, was one of the coolest cars to come out at the time. Follow that up with anything Corvette and the Chevy Camaro i-roc Z and you had a pretty solid list of cars from that time that stands out. On the other side, they totally have returned and we’re kind of left waiting for what is next.

Why 80’s Muscle Cars Need to Make a Comeback

Remember how every 80’s metal band would shred their guitars so hard they could summon lightning or cause some radical explosion? They would use it to vanquish evil enemies, stop bullets, or act as an alter to the heavy metal gods. I feel like muscle cars from that time can do the same. I honestly can’t see a brand new Camaro being awesome-enough to do that, but oh man, if you get behind the wheel of a Buick GNX, you bet the idea of pulling a Darth Vader force-choke on anyone who dares cross you would absolutely come to mind.

Have a super rare muscle car that you need to ship? Perhaps you own a Buick GNX? We provide the best enclosed car shipping services in the state! Make sure that your awesome sports car makes it to your new home safe and sound with us!