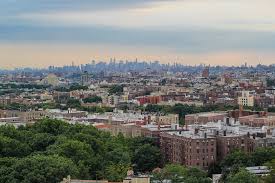 Governor Cuomo pledged the funds during an anti-hate interfaith march across Brooklyn Bridge Sunday. Organizers scheduled the march in response to a series of anti-semitic attacks. They ranged from verbal and physical assaults in the streets of Brooklyn to a high profile stabbing in Monsey during a Hannukah celebration.

“Everyone today says the same thing: No hate in our state, period,” Cuomo said in his address Sunday. The $45 million pledged will be allocated via a state grant program. That program, established in 2017, identifies community sites such as private schools, museums, and residential camps requiring additional security. The grant provides up to $50,000 per site for beefed up security measures.

Bronx community leaders stood in solidarity with their Jewish neighbors at a rally on Monday. However, they also called on Governor Cuomo not to forget the needs of their Bronx community.

“Where is the $45 million to deal with the infrastructure problems that have been going on in this community for far too long?” said Public Advocate Jumaane Williams.

Community advocates at the rally Monday cited a recent beating as emblematic of the violence plaguing their community. Juan Fresnada, 61, was beaten to death by a group of young attackers.

They descended upon Fresnada and his boyfriend outside a McDonald’s on Third Ave. Fresnada acted to protect his boyfriend. As a result, he received the brunt of the attack. It left him with a head injury that proved fatal.

Authorities arrested one teen, Abu Conteh, 18, in connection with the assault. However, they seek information regarding the rest of the attackers.

A spokesperson for Cuomo, Jason Conwall, voiced the governor’s reply, stating Cuomo remains supportive of the Bronx and communities throughout the state.