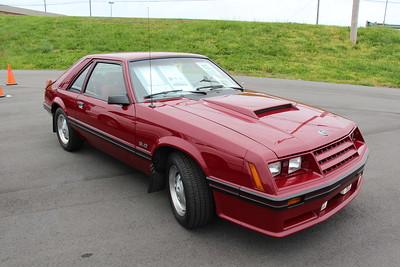 The Fox Body Mustang is a perfect match for some, and an ugly knock-off for others. I remember when my interest in fast cars was just blooming. I was 12 and my neighbor just purchased his first car: a 2002 Pontiac Grand Am. I thought it looked cool, especially after seeing his older car that he had driven – a 1990 Ford Fox Body Mustang.

The Mustang, from its inception, was a sleek stylized and sporty car. With a big front end to support a good-sized engine. Through the years as the staple in “pony-car” racing to the most notable contender in the Muscle car race, the Mustang has always stood the test of time. With the long line of vehicles that Ford was able to put out under the “Mustang” name, the ’90s were the hiccup moment for the car.

The Fox Body was far removed from the traditional sporty vehicle. Opting for a more square body that put “sleek” and “sporty” out the window. To this day, I’m unsure of why Ford decided on this move. Maybe the 80’s had something to do with it.

For my neighbors Fox Body (which was traditionally dubbed a “Rustang”) it sat in the yard. It was eventually sold off to one of his friends in high school and I never saw it again.

Was The Fox Body Considered a Muscle Car?

If you generally ask anyone if a Mustang is considered a muscle car, they will most definitely say “yes”. Although it didn’t look anything like its predecessors, Ford knew that it was under the hood that people wanted. A large (for its time) V8 engine with enough room for modifications was what consumers were looking for.

The power output was low, but so were the other muscle cars for that time.

During the ’80s and into the early ’90s, muscle cars went through a phase where there wasn’t much muscle under the hood. The 1974 oil embargo spooked the industry so hard that it dawned the compact, fuel-efficient cars like the Gremlin, the Pinto, and every other terrible idea to come out of American auto manufacturing. It put the focus on gas heavy muscle cars on the back-end and almost crushed them out of existence.

During this time, many car manufacturers moved their focus from power house vehicles to consumer friendly ones. Even the mighty muscle of the day was reeled back in order to satisfy the need for public demands.

Still an early 90s Fox Body pushed out approximately 270 horsepower which wasn’t bad when you pitted it up against the other muscle scars of that time. As for us here, we say “Yes”, the Fox Body was in fact a muscle car.