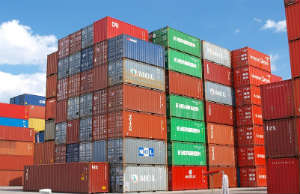 As of January, there’s been a big backlog of containers in the Port of New York and New Jersey! Containers upon containers sit, waiting for transport. The freight demand is high! But, luckily, truck turn times are improving and, therefore, delays lessening.

In fact, reports from trucking companies show that they’ve been getting from 60% to 80% of container movements finished in two hours or less. During some days in January, moving containers took much longer. Sometimes, even from four to eight hours!

But, what caused these major delays? Apparently this year gave us a record amount of containers making their way into the United States. This year made the Port of Authority of New York and New Jersey the fifth best January. In fact, reports show that the total amount of containers actually reached 622,531 twenty-foot equivalent units. This amount is six percent higher than the last year and even a two percent increase from December.

However, will the numbers stay up? Apparently, the Lunar New Year slowdown adds to the difficulty for volume to stay up throughout the months of February and March. However, local trucking companies are saying that they keep seeing high capacities.

In fact, in order to prepare for the next big push in the shipping and transport season, the terminals plan for upgrading. Port of Authority Terminal New York plans to add more yard equipment. This would help with handling containers, as well as a system for truck appointments. These updates to the port should be up and running through the second and third quarter. And, hopefully, truck turn times will see improvements because of it!

What do you think about the increased volume of freight? Does this mean good things for the trucking industry in the area?