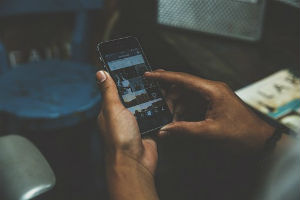 It’s happening. New York State is no longer going to stand idly by on the issue of distracted driving. Consequently, i set to launch an aggressive campaign to combat inattentive driving using both education and enforcement.

Officials from the Governor’s Traffic Safety Committee and the New York State Department of Motor Vehicles held a press conference to relay the details of the new initiative. The announcement came at the Saratoga Springs City Center, where the Trucking Association of New York was holding its yearly Truck Safety and Education Symposium.

It just so happens that April is Distracted Driving Awareness Month. This was the reason for the press conference and launching the . Assistant Commissioner for the Governor’s Traffic Safety Committee, Charles DeWeese, pointed out that “We want to raise awareness about the dangers of driving distracted.”

DeWeese noted that driver distraction is one of the leading factors when it comes to crashes in New York state. In fact, another official went on to call the problem of distracted driving as “nothing short of an epidemic.” Moreover, the same official soberly noted that “distracted driving kills.”

Fortunately, the statistics for these type of accidents showed improvement from 2017 to 2018. In fact, there were fewer distracted driving crashes in 2018. With the new initiative, the Governor’s Traffic Safety Committee is announcing a comprehensive public service announcement campaign. Furthermore, this will include billboards, television, and radio from April 11 to 15.

Those attending the Trucking Association of New York Truck Safety and Education Symposium are supportive of the state’s effort. According to Eric Hoxsie, chairman of the Trucking Association of New York, the organization supports the creation of laws that limit handheld device usage by drivers. He goes on to say the most important thing to remember to do while driving is .

What do you guys think? Is driving while using phones as bad as they make it seem?