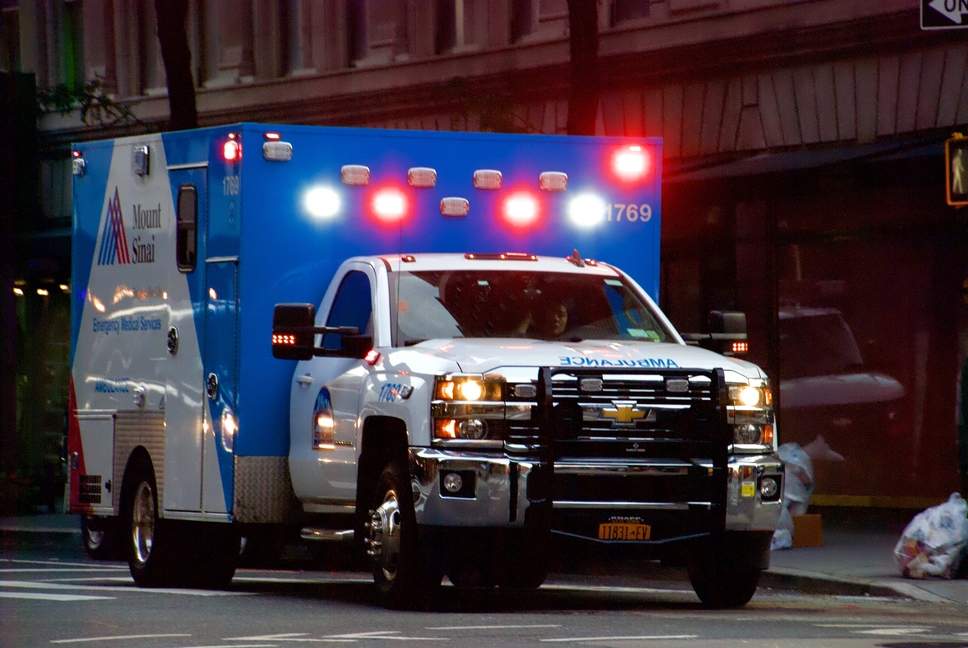 A crash in Midtown caused delays and rerouting on 34th Street on Tuesday. A speeding Revel driver hit a UPS truck and proceeded to crash into a tourist bus. The Revel car was destroyed, and one person was transported to a nearby hospital.

The crash occurred at Heritage Square, a major commercial hub in Midtown, around 11:30 a.m. Video showed the Revel driver speeding up 34th in the bus lane before it collided with the UPS truck. It then careened into the bus and out into the middle of the street. The accident left the blue Revel Tesla totaled, with its roof shorn off and both sides of the vehicle significantly damaged.

The crash pushed the UPS truck up onto the curb in front of Old Navy. A UPS employee said that the UPS driver survived but needed treatment from an ambulance at the scene.

The double-decker bus is reportedly operated by Top View. The bus escaped relatively unharmed, but completely blocked the bus lane on 34th. As a result, the MTA rerouted its commuter buses in the area to 42nd Street.

This may be the first known instance of a Revel car crash. The car involved in the crash was a Tesla. No passengers were in the Revel car at the time of the accident.

Crashes like this remind us how important it is to stay safe while out on the road. At New York City Car Transport, we maintain a company-wide dedication to safety. No matter if we’re going as nearby as Poughkeepsie or to anywhere in the country, our drivers remain vigilant to avoid these kinds of crashes.