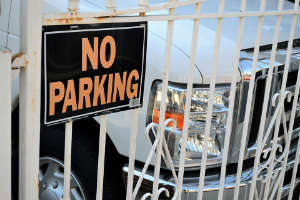 An ongoing program exists in NYC… and the city may be losing millions because of it. Essentially, it reduces, and sometimes completely gets rid of, illegal parking tickets for big trucking companies.

This all comes thanks to the Stipulated Fine Program. While there were tickets and other fees that companies like FedEx, Fresh Direct, and UPS had to pay last year, they did save a lot of money. The companies that are most heavily fined saved probably $10 millions on their tickets.

This information comes from the Independent Budget Office. The director of the office, Jonathan Rosenberg, claimed that he doesn’t know exactly how much the city is losing thanks to the Stipulated Fine Program. Companies that participate in the program agree to not bring tickets to court to challenge them. The perk? Excessively reduced fees on the tickets.

How does this effect the city?

Opposers of the program cite the safety concerns for other citizens. The illegally parked trucks can cause difficulties to other drivers, cyclists, and pedestrians in the city who need to go around idling trucks. But, what is the solution? How will drivers unload their cargo?

While the issue is frustrating for other citizens, it is also difficult for many truckers to find good places to stop to unload. Due to this, others are asking for more loading zones. While the program was created about fifteen years ago, recently the fines went up for each violation.

The city expects to make more money on the fines this year than it did in 2018. However, what is better for the city as a whole? Is it about the money, or the efficiency and safety of everyone on the road? What do you think about the Stipulated Fine Program?