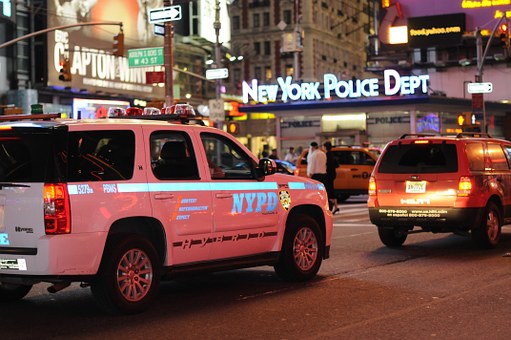 NEW YORK CITY, NY – On Wednesday, police began searching for a man who allegedly raped a woman in NYC. According to the victim, the man assaulted her after she got lost and asked him for directions.

Moreover, the victim has been identified as a 31-year-old woman from Yonkers, which is a city about 15 miles from Manhattan. However, she was in the Hell’s Kitchen section of the city at the time of the incident. As reported by the victim, the assault occurred on Sunday around 1 a.m. after asking a man to help her with navigating her way through the city.

At this time, instead of giving her directions, the man allegedly grabbed the woman by her arm. He then pulled her into a basement of a building located on West 51st Street. It was in the basement where he allegedly proceeded to rape her.

Afterwards, the accused suspect took off, leaving the raped woman behind battered and bruised. However, after being taken to the hospital, she is reportedly in stable condition.

Apart from this, surveillance footage posted online Tuesday by the NYPD’s Crime Stoppers unit captured the alleged suspect. The video shows the accused rapist walking down a sidewalk. He was wearing a white t-shirt, dark pants, and dark shoes.

In addition to this, anyone with pertinent information regarding the incident or suspect is encouraged to contact authorities at 1-800-577-8477.